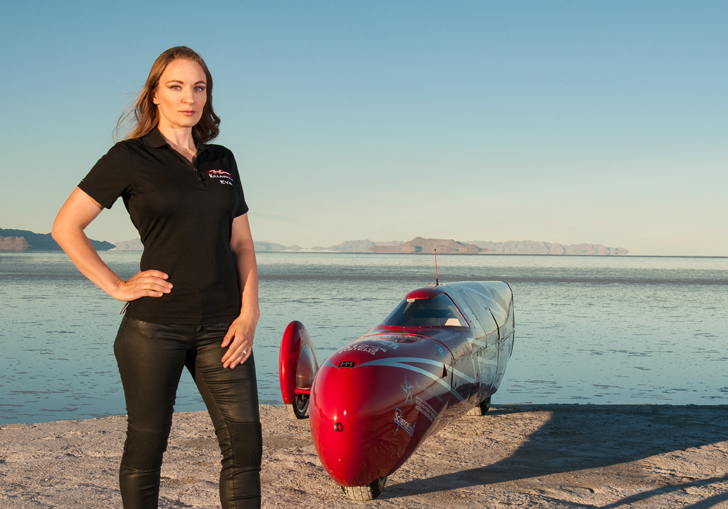 This is Eva Hakansson, the fastest female motorcyclist in the world. As a self-proclaimed speed-junkie and tree-hugger, Hakansson set out to combine her passions for engineering, racing, and the environment by building the KillaJoule, a three-wheeled electric streamlined motorcycle capable of reaching a record-holding 248.7 mph.

Hakansson calls the KillaJoule eco-activism in disguise, as it pairs the sex-factor of high-speed racing with the progressive science and technology backing emerging zero-emission, electric vehicles. 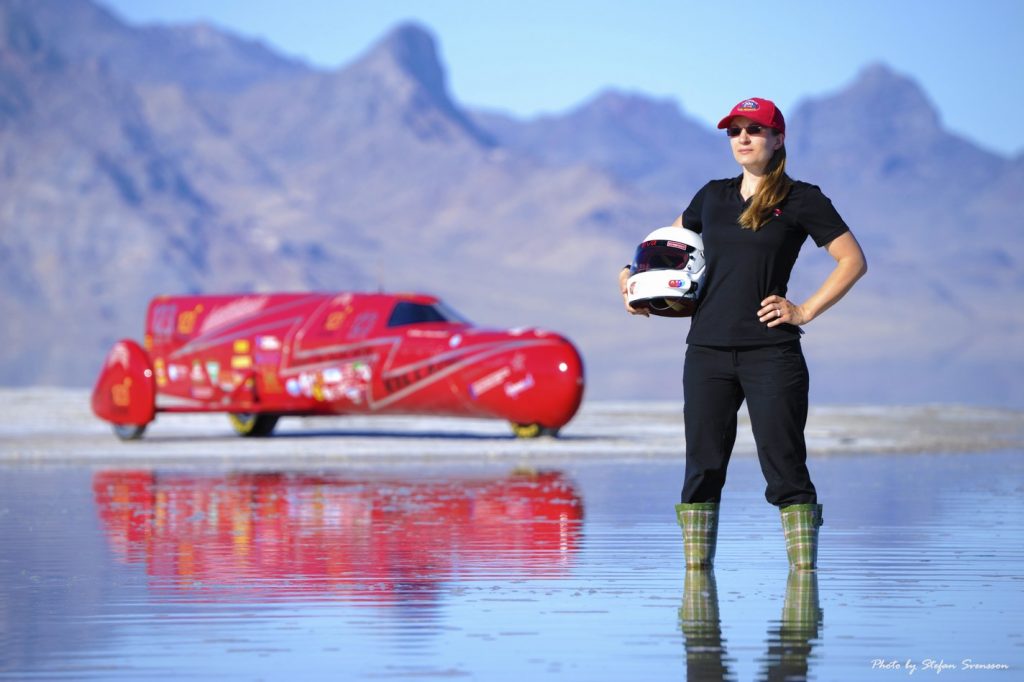 Eva Hakansson and her KillaJoule, a record-holding three-wheeled electric streamlined motorcycle that she built and races.

The KillaJoule was built using some of New Eagle’s control system components, like the VeeCAN data logger and Raptor software. With these data logging solutions, Håkansson claims that her days of data darkness are finally over.

“I have a nice 2-channel data logger on the KillaJoule that logs CAN data from the two Rinehart motor controllers, which includes everything worth knowing like speed, battery voltage, motor temperature, field weakening, and modes of operating,” remarked Hakansson. 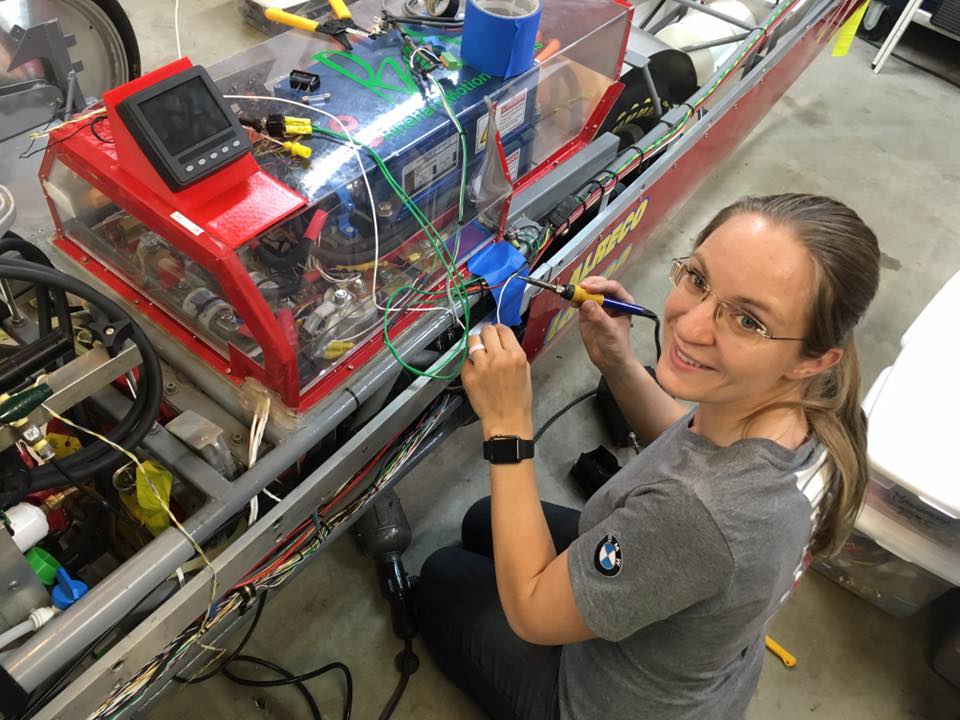 With this data logger and Raptor software, Hakansson was able to take control of her data and get the KillaJoule out of her development garage and onto the salt flats in Bonneville, Utah to race quickly and easily.

“Installation was simple, and [the data logger]  worked right out of the box…unusual for anything CAN-related!” jokes Hakansson.

In August 2017, she raced the Killejoule at the Bonneville Motorcycle Speed Trials, where she reached a top speed of 255.122 mph and claimed first place, topping her internal-combustion competition. 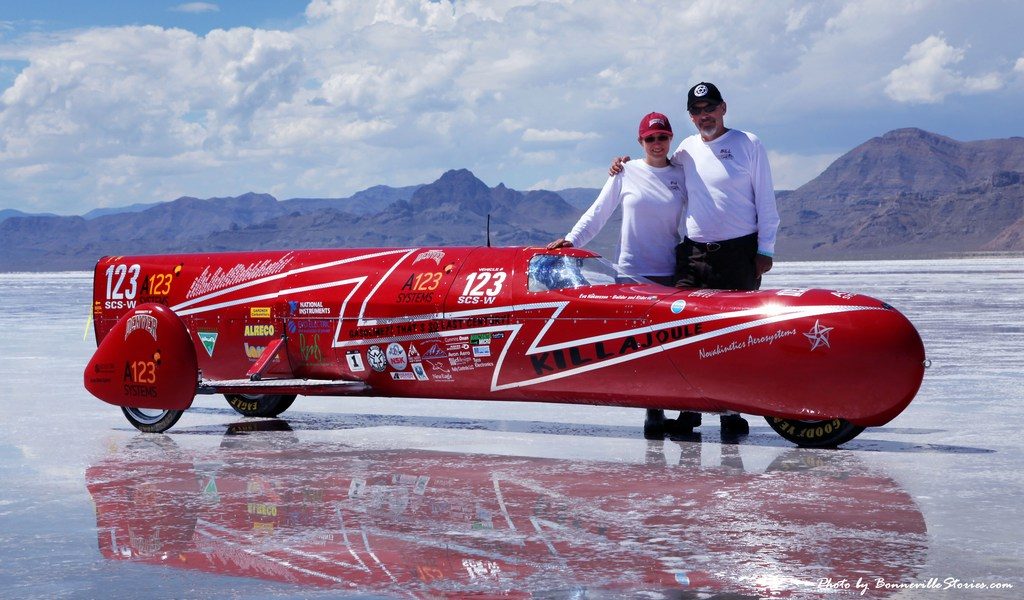 Eva Hakansson and her husband, Bill Hakansson, with the KillaJoule at the salt flats in Bonneville, Utah.

While Hakansson admits that going fast and breaking records is a thrill, she explains that her ultimate goal is to show the world that engineering is a great career for women and that an eco-friendly vehicle is not necessarily a slow vehicle.

As she begins her next project–building the Green Envy motorcycle (the successor to the KillaJoule)–she has set her sights on a new goal: to be the world’s fastest woman. Period.

New Eagle is proud to support women in STEM like Eva Hakansson and is excited to play a role in advancing zero-emission electric machines with fast, efficient and proven control system solutions. See if the Raptor control platform is right for you by visiting our web store or signing up for the monthly Raptor newsletter.