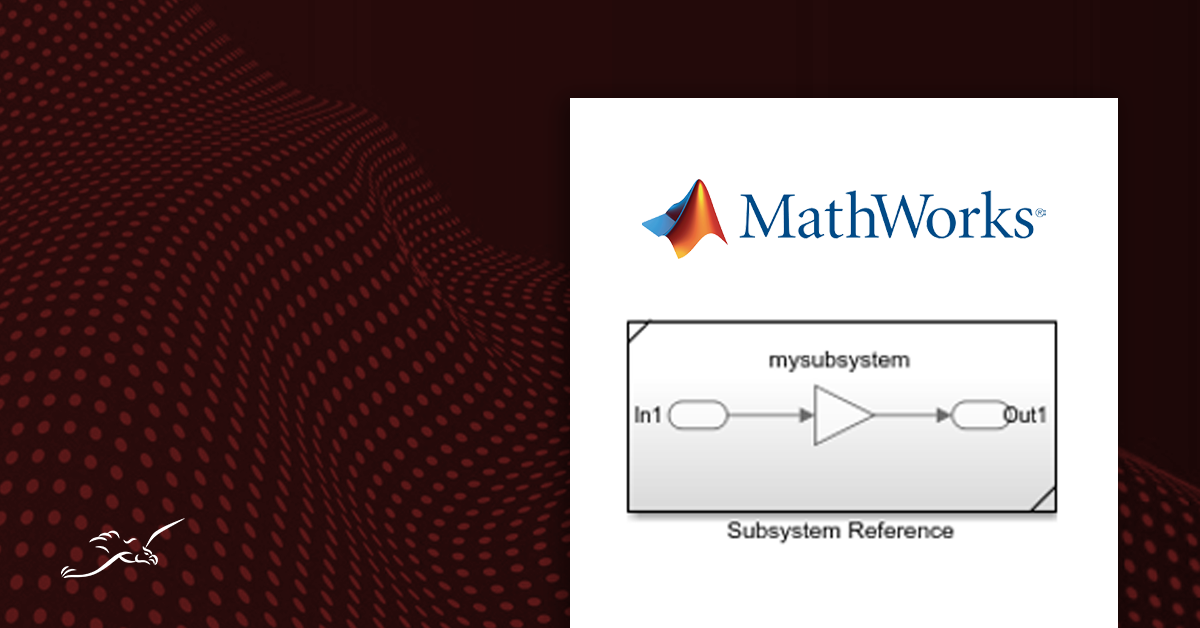 In MATLAB R2019b, MathWorks released a new Simulink feature called Subsystem Reference. It is a modeling construct that is good for componentization and is similar to libraries and Model Reference but has a slightly different use case.

An Introduction to Subsystem Reference from Mathworks:

When you save a subsystem to a separate file you can reuse it multiple times by using Subsystem Reference blocks referencing the same subsystem file.

You can identify a Subsystem Reference block by the triangles in the opposite corners of the block icon.

This new feature sounds very similar to Libraries and Model Reference, but they are each slightly different and provide for difference use cases:

Libraries are intended for a large amount of reuse for a small amount of functionality and stable implementations. The Raptor Blockset library uses this functionality. When composing large applications where a team needs to make changes to different areas of the model, libraries can be used, but there are a few problems that can occur:

Subsystem Reference is a blend of these two. It is stored in a separate file, but it does not have rigid architectural constraints of Model Reference or the added overhead of minor changes to a model like libraries. From a modeling standpoint, the subsystem reference will open in the model browser and edits (and updates) can be performed when editing the reference from the full model.

More comparisons between these different constructs can be found on the MathWorks website here:

Starting with the VeeCAN 500 template application:

Navigate to this subsystem: 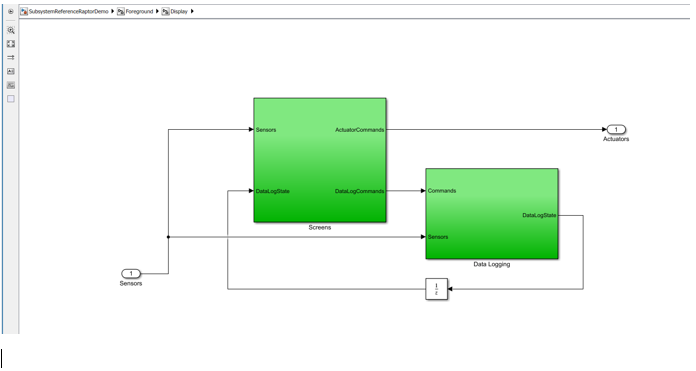 Let’s create a Subsystem Reference for the Screens subsystem thus allowing two developers to edit the main model and the subsystem in parallel.

First, right-click on the subsystem and select the following: 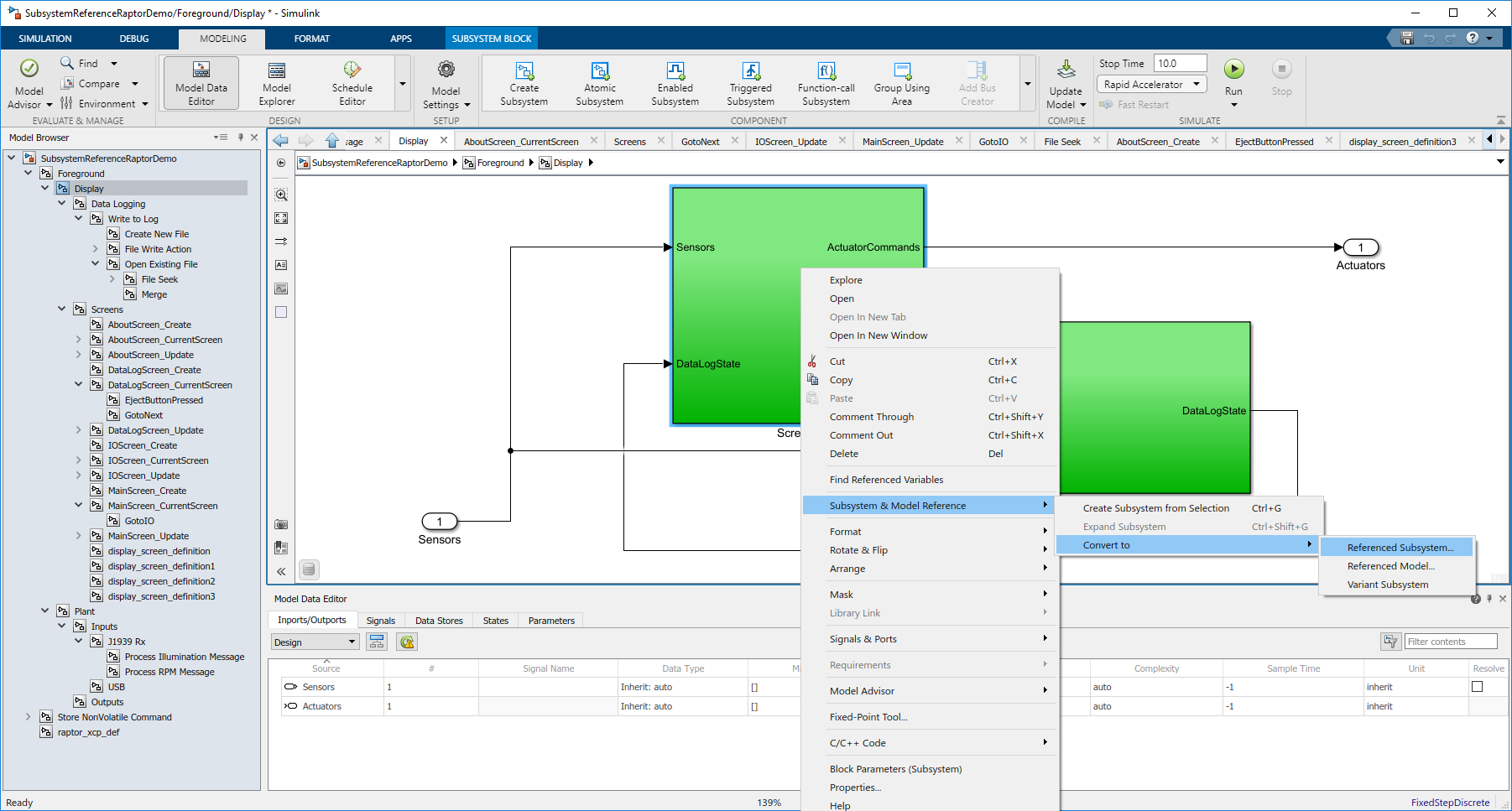 You will be prompted for the name of the file to create for this subsystem. For this example, “ScreensComponent” was chosen.

Note the triangles in the upper left and lower right. This signifies that the subsystem is a Subsystem Reference. Double-clicking on the block opens the contents of the new Subsystem Reference file. Any changes made in this view will be propagated to the full parent model.

More importantly, the file is stored separately and can be revision controlled separately from the main model.

Be Sure You Know This About Subsystem Reference