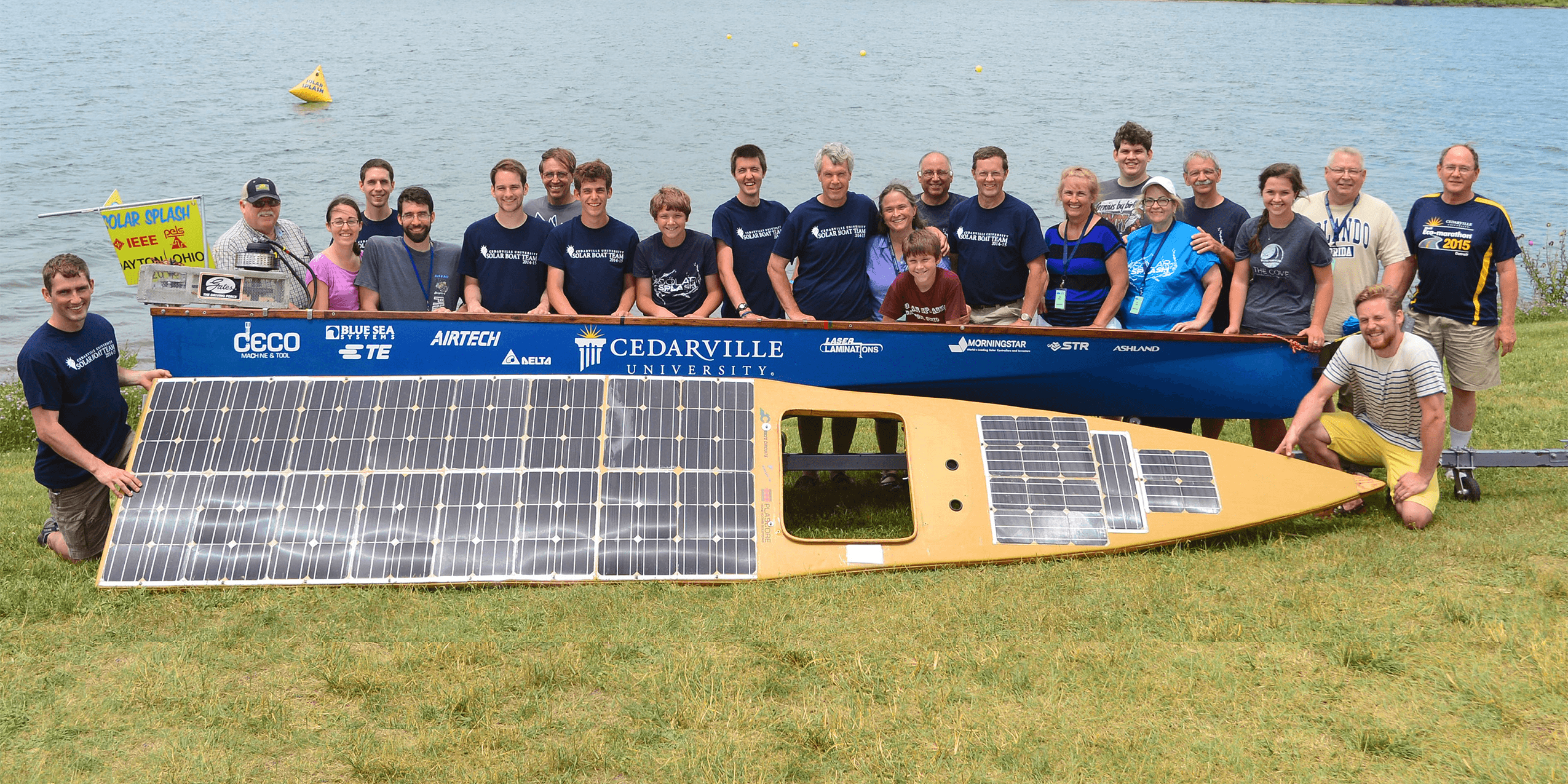 In Cedarville, Ohio, a group of university students is trying to get the Netherlands. But unlike many students who travel there for a boondoggle abroad, this group is going with a purpose: to compete in the 2018 international solar boat competition, Solar Sport One.

The Cedarville University Solar Boat Team has developed a unique, solar-powered boat that the team believes will prove sharp competition its rival, international entrants. Why? Unlike many other solar boats, the Cedarville solar boat has the ability to fly.

Featuring a dual-propeller system and a unique set of underwater wings called hydrofoils, Cedarville University’s boat can lift itself out of the water and reach higher cruising speeds.

“The hydrofoil system essentially makes the boat act like a plane, in that small wings mounted on struts below the keel allow the hull of the boat to ‘take off’ out of the water,” stated team member Elijah Thompson. “If the system is functioning as intended, we should see takeoff speeds of around 13.4 mph and be able to cruise between 22.4 mph and 33.6 mph.” 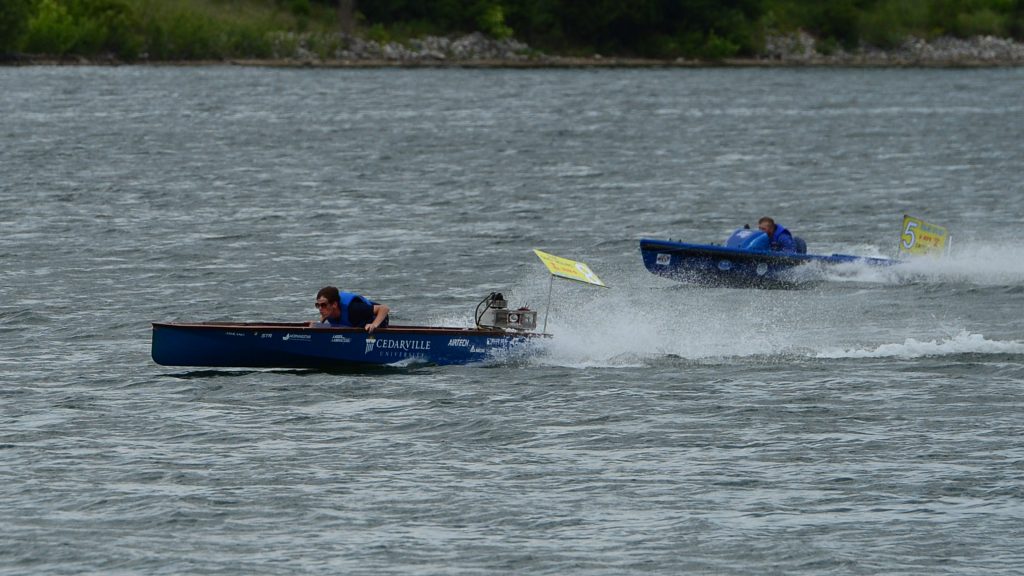 A member of the Cedarville University Solar Boat Team competes in the a sprinting event at the U.S. Solar Splash competition in 2015.

With New Eagle’s Raptor software tools, the Cedarville Solar Boat Team successfully developed the custom flight software needed to execute this unique task. Marrying this custom software with Senix ultrasonic height sensors, a Lord inertial measurement unit (IMU),  Parker’s CM0711 control module, a VeeCAN 320 visual display and a CAN serial network that  links components together, Cedarville’s team created an innovative electronic system that is as powerful as it is reliable.

“Raptor has enabled us to push forward with increasingly sophisticated electronics and control systems. We use Raptor primarily for programming the Parker controllers and VeeCAN display in the boat, which allow these components to interact via the CAN bus with each of the boat’s subsystems.  It also provides an interface for the driver, and a log of critical signals and data,” remarked Andrew Nelson, the lead electronics engineer on the team. “New Eagle’s Raptor-CAN software helps us monitor CAN traffic and interpret the CAN data in our log files.  We are grateful for New Eagle’s partnership and are excited for future developments in our controls using Raptor products.” 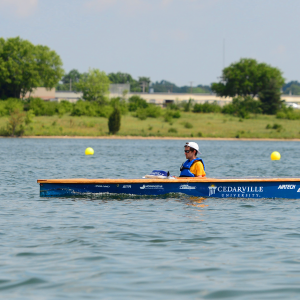 The Cedarville University Solar Boat Team developed an innovative boat that uses hydrofoils to lift the craft out of the water. This allows the boat to sprint and cruise faster.

While the Cedarville team might have its eyes set on a win in the Netherlands, it remains dominant in its home country at the U.S. Solar Splash World Championships. Its key to success? A lightweight craft that uses Parker and VeeCAN products programmed with New Eagle’s Raptor software to marry two drivetrains–“sprint” and “endurance”–into a common system.  In doing this, Cedarville’s team minimizes its craft’s weight, while maximizing  its speed.

Though Cedarville’s team gets its kicks from competitions, its end-goal is to educate students through real-world projects that prepare them to enter the engineering and systems engineering industry.

“There’s no guarantee of winning or even doing well in competitions. The task is honestly that hard,” states Brown, “but the degree of design sophistication and manufacturing skill put into the boat and its system by the students, their advisors and their sponsors is truly amazing.  We are all much richer for the things we’ve learned and the experience we’ve been through.”

New Eagle is proud to support educational programs that further the field of systems engineering, like the Cedarville University Solar Boat Team. You can check out other educational projects New Eagle has sponsored, like the Wisconsin Hybrid-Electric Team, Kiira Motor Company and Eva Hakansson, on the New Eagle blog.